Diana Johnson’s letter below is published with permission. The initial letter from the Prime Minister to Diana Johnson can be downloaded here.

Thank you for your letter of 25th July 2017, responding to my earlier concerns about the Department of Health’s (DH) role in the establishment of an inquiry.

As you will be aware, late last week, the DH circulated a consultation on the proposed inquiry into the contaminated blood disaster, via the five trusts which support those affected by the scandal. I am writing to you again in light of the DH’s letter.

On behalf of the APPG on Haemophilia and Contaminated Blood, we are deeply concerned with both the contents of this letter, and the fact that this letter has been distributed against the wishes of myself which I communicated directly to the Public Health Minister, the APPG and the affected community. In light of this, the APPG will not be making a submission to this consultation run by the Department of Health. I have already made my views on the remit of an inquiry clear on numerous occasions, and I share the widespread view that an inquiry must compel witnesses; that it must put “Families First” and truly engage with those affected; and that it must investigate both the run-up and the aftermath of the tragedy. On behalf of the APPG we will be very pleased to provide more specific details on the shape of the inquiry only once responsibility for the consultation is transferred to another Department.

I have four concerns about the contents of this letter, and the manner in which this consultation is being carried out. I ask that you address these as an utmost priority.

Firstly, affected individuals are unanimous in the view that the Department of Health, as an implicated party, should have no role in the conduct of this inquiry. Just as campaigners boycotted the Department of Health meeting with people affected on Thursday 20th July, many are refusing to provide any input to this consultation and have received advice to this effect from their legal representatives. I understand that others have responded, but only to briefly register their refusal to participate in an inquiry consultation led by the Department of Health. Not a single person impacted by my scandal has approached my office to express anything other than deep dismay at the DH’s role in this consultation. Their local MPs, from all parties, have expressed the same concerns– both during the Urgent Question in the House of Commons on Thursday 20th July; and through other means. I can only reiterate how deeply unhappy they all are that this consultation letter comes from the Department of Health. Whilst I note from your letter that the Cabinet Office’s Propriety and Ethics Team will be working with the DH, I do not feel that this does anything to address these concerns. Once again, I must urge you to transfer responsibility for the inquiry to another Government Department.

Secondly, I am unhappy that, once again, the Department of Health has left victims and their representatives in the dark about their plans for an inquiry. There are many instances of this happening. For example, on Tuesday 18th July, I spoke with the Under-Secretary of State for Health Jackie Doyle-Price MP over the phone, and she told me that the Government intended to make a statement to the House about an inquiry in September, with a view to establishing it in the same month.

Despite this, to the best of my knowledge there has never been official confirmation from the Government that this is their intention – their intention was not made clear during the Urgent Question debate on 20th July; and nor is it set out in the consultation letter sent out late last week. This planned deadline will determine how people engage with the inquiry, so why has it only been communicated to me verbally and never officially confirmed?

In addition, I am concerned that at no point in either the Urgent Question debate, or the phone call with me, did the Under-Secretary indicate that the DH’s plans to impose an 18th August deadline. The consultation deadline is a critical issue, and I would have assumed that the Government would have linked input from campaigners on whether it was an appropriate timescale. When the consultation letter from the DH was ultimately issued against my wishes, a copy was not sent to my office, and it still has not been – this is despite the fact that on Monday 17th July, my office requested that any such letters be provided to me.

Thirdly, I feel that the 18th August deadline is far too tight for any Government-led consultation, but especially for an issue of this sensitivity. The Government usually runs consultations for 12 weeks, and avoids imposing deadlines in the middle of the summer holidays. For a tragedy of this magnitude, which understandably brings up painful memories for thousands of affected individuals, we must adhere to a timetable which the affected community can work with. Everyone in this community is incensed that respondents to minor consultations – on issues which, whilst important, are not public tragedies – are given longer to reply than the victims of the worst treatment disaster in the history of the NHS. I request that the new sponsoring Department operate to an extended deadline.

Finally, I am concerned that the Government has not taken on board MPs’ concerns about the nature and scope of this inquiry. The DH’s consultation letter states that the DH is consulting on “an inquiry into the events that led to people being infected with HIV and/or Hepatitis C through NHS-supplied blood or blood products.” (emphasis mine). It is widely felt that an inquiry must investigate not just the run-up to the tragedy, but its aftermath – including allegations of a criminal cover-up and the destruction of Departmental documents and medical records. This point was made by several MPs from all parties in recent Parliamentary debates on this issue, and there would be widespread outrage if the inquiry did not investigate this crucial aspect of the scandal. I ask that you urgently clarify that the Government intends to include this within the scope of the inquiry.

To reinforce the above concerns, I would like to add that on 27th July, the Rt Rev James Jones, the former Bishop of Liverpool, held a conference call with a number of victims of this tragedy. He is of course widely experienced on issues of this kind, and continues to advise the Government on these matters. He drew our attention to the fact that the consultations for both the Hillsborough Independent Panel, which he of course chaired; and the Gosport Independent Panel, which he is currently chairing, each lasted six months. He expressed the firm view that the 18th August deadline was, in his mind, far too short; and that the Department of Health should have no role in an inquiry. I understand he will shortly be writing to the Government to make his personal views on both of these issues clear. I ask that you to consider his advice, as you have done on many previous occasions – both as Home Secretary, and now as Prime Minister.

In the crucial months ahead, we must work to ensure that this inquiry process engages with the victims of this scandal, through a process that truly puts “Families First.” I urge you to build on your historic commitment to a contaminated blood inquiry, by agreeing to the above requests.

I look forward to your reply. 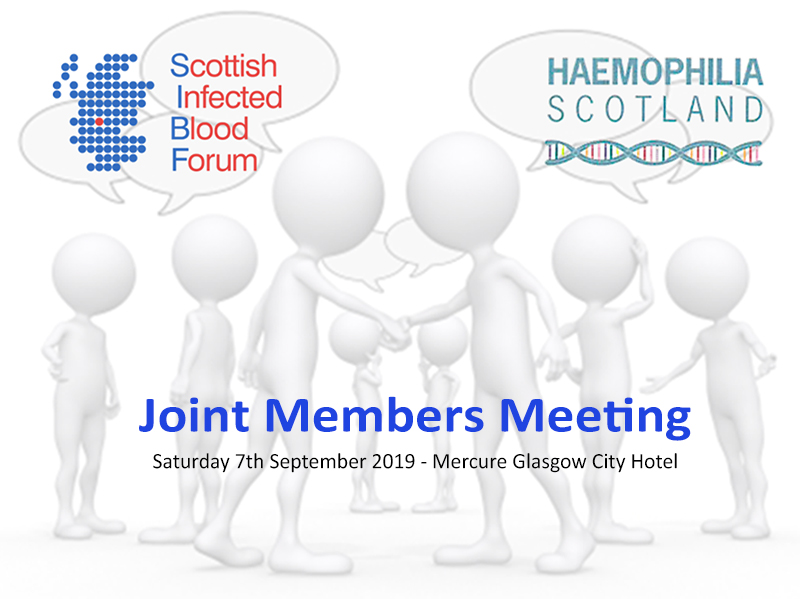